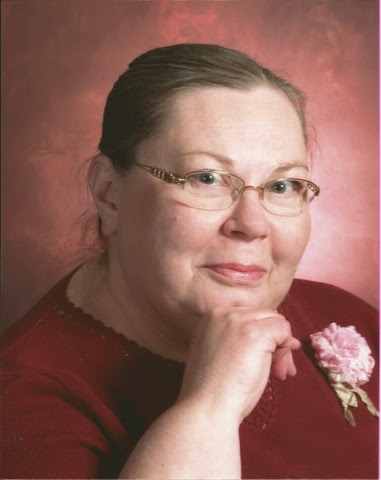 Marilyn Ewing was born February 4, 1951 to Warren and Viola Amen.  She grew up in Pierce, Colorado, where she graduated from Highland High School in 1969. Marilyn graduated from the University Of Northern Colorado (CSC) in Greeley with a teaching degree in Elementary Education. She met her husband Wallace while attending college.  She taught in Granby, Colorado for several years then moved to Wiggins after marrying Wallace Ewing.  Marilyn and Wallace made their home in Wiggins where Marilyn taught at the elementary school for 37 years.  In 1981 they had their daughter, Sarah Joy, who was the love of their lives.

Marilyn was first and foremost a child of God.  Her actions glorified Him. She was a woman of many talents and activities which included playing piano for the children's activities and teaching Bible School at the Wiggins Community Church.  She also played bells in the Bell Choir for the church services and special events.  Marilyn gave English High Tea for family and friends and was a master gardener.  She was quite a seamstress making all the Halloween costumes for herself and later her family. Marilyn also made her daughter's wedding gown and jewelry for the bride and bridemaids.  She was an excellent crafter, making her own greeting cards and made unique and beautiful gifts for her family and friends.  She designed and contributed to her own blog making friends all over the world.

Marilyn was a wonderful daughter to her parents, a dedicated sister to Keith, a beloved sister-in-law to JoAnn Nelson and Virginia Quill, a loving wife and mother to Wallace and Sarah, a caring friend to many, and an encouraging teacher to hundreds of students.  Marilyn left this world on May 19, 2014 to join Wallace and have him help her complete her unfinished bucket list.  She was a true treasure!

Marilyn is survived by daughter Sarah Buluran, son-in-law Alexander and her grandson Maxx. Along with mother Viola Amen and brother Keith Amen and wife Peggy.  Marilyn was proceeded in death by her father Warren, her husband Wallace and her mother-in-law Alice Ewing.

Memorial services will be held Friday May 30, 2014 at the Wiggins Community Church at 11:00am.

I have no words after reading this sad, heart-breaking news! Our dear Marilyn is now with her Savior, but how she will be missed! I never met her in person, only through blogging, and she has become a joy and blessing to me.

My prayers are with the family during this difficult time. Marilyn will always be remembered and loved by many! xoxo

I'm visiting from Stephanie's blog and want to add my sincere sympathy to the family. What a heartbreak, but so happy to know she knew our blessed savior, Jesus Christ and now enjoys heaven with those she loves.

The joy that Marilyn showered on all of us will be missed, but thinking of her reunited with many she loved and most of all, her Savior, is heartwarming. My deepest sympathy to all of you.

Visiting over from Stephanie as well. My deepest condolences & sympathy to your loss..Blessings

I am visiting from Stephanie's blog, and want to wish heartfelt prayers to the family. There is joy in heaven when a saint comes home.May God comfort you with His love.

I'm sorry to hear of your loss, but may you take comfort in God's word knowing that He has an eternal home waiting for his dear children. May God continue to grant you peace and comfort during the loss of your beloved Marilyn. <3

Please accept my sincere condolences for your loss.
Marilyn often made me smile with her positive comments and I know I'll miss her. There will be a hole in the blogging community felt by all of her her far-flung friends.
RIP Marilyn.
xx

Sarah --- So sorry to hear of the loss of your mother. I just heard of her passing today from my son who teaches in Wiggins. We met through our blogs, but bonded through our tie to the Wiggins school system. I've been missing her always positive comments. I hope she was able to enjoy Spring in her garden - I know that after your father and you, she was in love with her flowers. I know she is at peace because of her great faith in God. She touched many and will be missed. Sally

I'm so saddened to hear of the news of her passing. However, I know there is shouting in Heaven over this dear sister who has met her Saviour! Praying for unexplainable peace & comfort in the days to come for the family! God Bless you all.

I'm so sorry for your family's loss.

I too am visiting from Stephanie's blog. What a beautiful lady your mother was Sarah. She has a glow that portrays Christ, what an honor to her Savior.
She would have been a lovely women to have known in person, though the blogging community is quite special.
My deepest sympathys go out to you and your family in the loss of your dear mother. May you be comforted in the love of Jesus.
God be with you.
Debbie

My sympathy and prayers go out to the family. So sorry for your loss.

So sorry to hear of your families loss, she sounds like she was an amazing woman and will be truly missed.

Sarah,
I'm so sad to hear of your mother's passing and my prayers go out to you and your family. I virtually 'met' your mom several years ago when she was the recipient of a blogging giveaway I hosted. I recall embroidering a heart with her and your Dad's initials, as well as one for you and your new husband at the time. I must say Marilyn was one of the sweetest bloggers I've encountered. I enjoyed reading her gardening stories and updates from Colorado, as well as seeing how much she loved you! She truly lived with a beautiful 'heart song', and such full gratitude for the life God gave her. She will be greatly missed here.
With all my prayers,
Susan

So sorry for your loss!
Kaye Barker
Wkayeb@gmail.com

I am truly saddened hearing about your sweet Mother's passing. Even though we never met other than online,
I always knew what a very special lady she was and will be greatly missed by all of us who knew her through her blog. Your Mom was a very loving person. My thoughts and prayers are with you.

Sarah,
I am so sad to just be reading this and I'm in shock. I have been away from my blog for weeks. Your mother was a precious blogging and FB friend. She enjoyed life to the fullest and had such a green thumb! I was the recipient of one of her giveaways and she won an ornament in one of my giveaways.
I know she is rejoicing to be with her beloved Wally in Heaven. I'm sure she is ringing bells and singing with the angels!
Praying for you and your family!
God Bless,
Donna

Marilyn has been on my mind and decided to pop in and check her blog which I have enjoyed reading for a few years now and considered her to be my Ft. Morgan, Colorado friend. I am stunned to read in June that she has passed away in May. I will miss you Marilyn and will look forward to meeting you in person when I enter heaven one day.

My sympathies to this family.

Now I need to go have a cry as I say good-bye for the time being.
d

I was just going through my blog list and saw this when I went to Marilyn's blog. I am so sorry for Marilyn's passing and the loss of her to your family. I communicated with her through blogging and enjoyed her blog. I too will meet her one day in Heaven!

I, like Bernideen, was checking my blog list and came across this. Oh, my heart is so heavy. I know has been a while she Marilyn's passing but my heart is so sad for Sarah. Sarah if you receive my message please know what a delight your mom was to all of us. My sympathy to all of the family of lovely Marilyn. I was in a blog Secret Santa Soiree with me as her "secret" pal. She sent me the lovliest tea mug. I think of her sweet smile and kind heart when I drink my evening tea. I know what a godly Christian lady she was and I am so jealous she got to see the Lord first. God Bless each one of you and again I am so sorry for this loss. Hugs, Anne Kocman Robinson

I'm still so sad you are gone. RIP friend 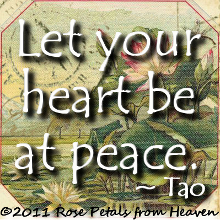 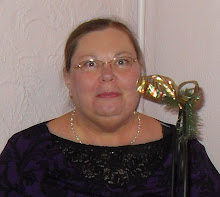 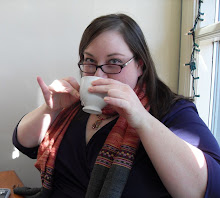 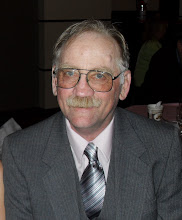 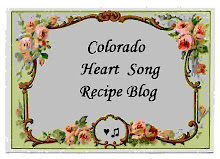